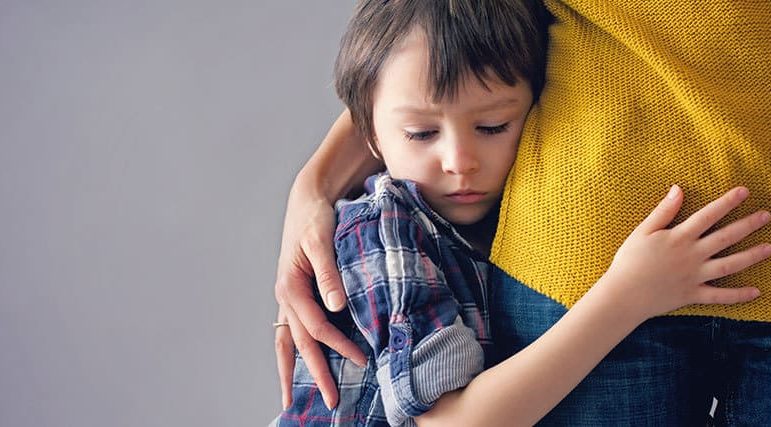 Advice for custodial parents when their child objects to spending time with one of their parents.

It is common for young children whose parents are no longer together to, at some point, express that they do not wish to spend time, or wish to spend less time, with one of their parents, most commonly the noncustodial parent. This can be a very difficult situation for both parents. Both the custodial and noncustodial parent can handle the situation in a manner that is healthy for their child and also helpful in any subsequent court case seeking to change custody and/or parenting time. In this three-part blog series, we will provide advice to families in this situation. This first post will focus on advice for custodial parents, the second post will discuss advice for noncustodial parents, and the third post will include advice which is applicable to all parents in this situation.

Listen to your child but remain in control: If your child informs you that she does not want to spend time with your ex, listen to your child’s concerns but, absent a significant safety concern, also remain firm that she does not get to decide whether or not to spend time with her other parent. Imagine if your child expressed that she did not want to go to school the next day. You would listen to her reasons but would remain firm that, unless she is sick, she does not get to decide not to attend school. You would offer solutions of what she could do at school to help alleviate the concerns she voiced to you and you would also speak about attending school in a positive light. In that same way, encourage your daughter to see the positives of spending time with her other parent and understand that, like going to school, spending time with her other parent is not optional. Just like going to school will benefit your child in the future, so will having a healthy and close relationship with both of her parents.

Don’t pass the buck: While it can be tempting to tell your child that he has to spend time with the other parent because there is a court order in place or because the other parent is making you, your child does not need to know about your legal obligations or other adult issues. Instead, he needs to hear that both parents love him and that it is important for him to spend time with both you and his other parent. The more he sees you supporting his relationship with his other parent, the more secure he will feel.

Set a positive tone: It can be easy to subconsciously word things in a manner which paints the other parent’s parenting time in a negative light. Be conscious when speaking about your child’s time with his other parent. For example, rather than saying “you have to spend the weekend with your mother” it’s a good idea to say “your mother is very excited about spending time with you this weekend.” If your child asks how long he will be with his mother, don’t respond “don’t worry, you’ll only be with her three days.” Instead, consider saying “I’ll see you after school on Monday.”

Be Realistic in your expectations should you go back to Court: In general, Georgia courts are not interested in hearing about what a child wants until he is at least eleven years old. Even then, the Court cares much more about where the child wants to live most of the time and not whether he wants to spend time with the other parent. Georgia courts have a strong preference for both parents to be involved in their child’s life. Accordingly, absent strong evidence that your child is in danger while he is with the other parent, a Georgia court is very unlikely to enter an order that eliminates or significantly limits a parent’s time with his or her child.

Should you fail to follow the current parenting plan or otherwise encourage your child’s reluctance to spend time with his other parent, you may risk being held in contempt or even losing primary custody. If, however, you have reason to believe your child is in danger while he is with the other parent, it is in your best interest to make sure your child is in counseling with a respected, trained professional and to contact an attorney to discuss how best to protect your child.

If your child has expressed concerns about spending time with his or her other parent and the above advice does not help the situation, please contact us. We will discuss your specific scenario and possible solutions, including whether a modification case may be appropriate.